Hello, my name is Mark and for the last 30 years I have been involved with adventure games.
I have been (in this particular order):

King's Quest: Quest for the Crown. That's more how it looked..CGA
We also had Space Quest, Police Quest, Larry and after that followed hundreds of others... 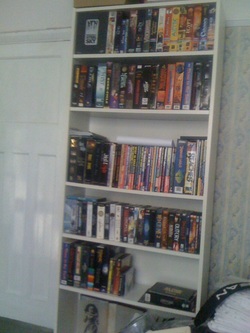 although this is only a small selection of what I had at the time. I scoured car boots, flea markets, auctions and eventually the virtual markets to add more games to my shelf that would take at least five lifetimes to complete.

Besides the games themselves, I also collected the magazine reviews, advertisement posters, merchandise, anything really. 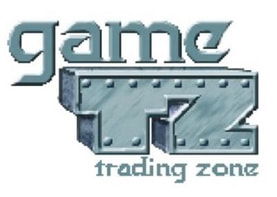 Connected with other enthusiast via forums and platforms such as Game Trading Zone to find that particular obscure game, which no one had. Reason for this is because it was rubbish. And because of that I wanted it. Would never play it though. At some point I looked around my home and realised there was no more space to put these big freaking boxes. I also wondered how long these shelves were going to hold up, before the whole thing came crashing down.

So I started selling them. First game I ever sold was Quest for Glory Anthology for 40 euro. That was back in 2001 when I lived in Amsterdam. The guy rang the doorbell, I handed him the game, he handed me the cash and thought, hey, this is easy money, I only bought this game for a fiver. And so started my selling career, which lasts till this very day, having sold over a 1000 different (adventure) games.

Some of the boxes I obtained were not in the best of shape, so I learned how to straighten creases and retouch the colours here and there, to make them appear more presentable. I also want them to look like they did originally, so learned how to remove store stickers and other nasty stuff, without damaging them. 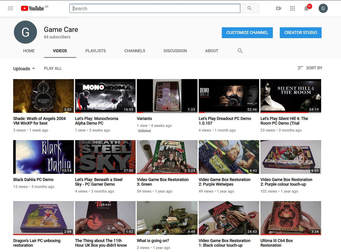 Some of the early restoration videos can be found on my youtube channel, along with some archive footage, my collection of advertisements, a few unboxings and two full length let's plays: 11 Somerset (a browser game) and The New Adventures of the Time Machine. The majority of videos (100+) are Demo Let's Plays; relatively short videos that usually show some unused footage, a different voice actor, that kind of thing. 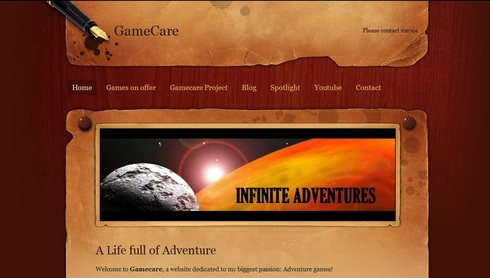 Created this simple website, dedicated to my passion, first called Gamecareer and later changed it to Gamecare.

Apart from this page, you can also see a Blog and the Spotlight
(two games that stand out,
The Dig and Martian Gothic) 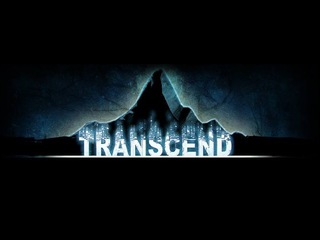 In 2016 I became a beta tester for the game Transcend, which was released in 2017 under the name Conarium. Darkness Within: In Pursuit of Loath Nolder (my favourite horror game of all time) was also produced by them (Zoetrope Interactive).

Is there anything else? Well....

So, looking at all this three letters might spring to mind:

which I believe stands for Over Caring Behaviour. And I agree, I do overcare.

In other words, it brought me laughter, tears and unforgettable experiences.
So this is my way of saying thanks!

Good for you Mark, but....What exactly is Gamecare?