The Dig all started for me back in 1995, when it was first released. I completed it in two weeks with only having to consult a walkthrough once. I was in trance for a weeks, off this planet, out exploring with Boston and his crew. When I finally returned home, I had changed, the impact the game had on my life was of alien proportions. After 18 years I decided to fire up the old shuttle and head back to Cocytus. Was it worth the journey?

Before boarding my second space flight, I decided to bring along some reading material, a copy of the Novel, together with the Audio book. The first chapters explore the asteroid being spotted and the immanent danger it brings in more detail. Discussions between the President and his subordinate, finding Boston by the river, convincing him to head the mission and the reception at NASA. While reading and listening at the same time (something I love doing), I noticed the novel and audio tape were out of sync. The tape skipped quite a lot of dialogue, probably due to the limited amount of space on a cassette. But overall a nice introductory experience, I was ready for Lift Off! 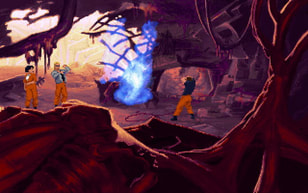 Okay, so a few flaws in the writing department and maybe some of the puzzles are a bit tedious, but let's talk about why this game blew me away 18 years ago. First of all, there are only a few characters to talk to, making it a quite lonesome journey. So you step into the shoes of Boston, who is out of his comfort zone and trying to salvage what is left of his mission. His crew is falling apart and turns against him while he has no visible means to get home. This is a perfect setting for drama, suspense and adventure and that's where the game delivers big time.

The Dig was received quite well. USA's PC Gamer gave it 88% while in the UK PC Format gave it 91%. 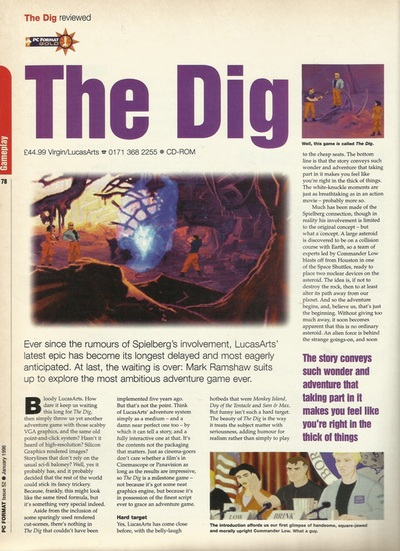 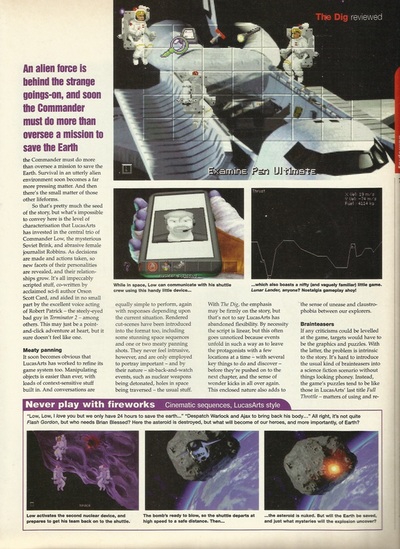 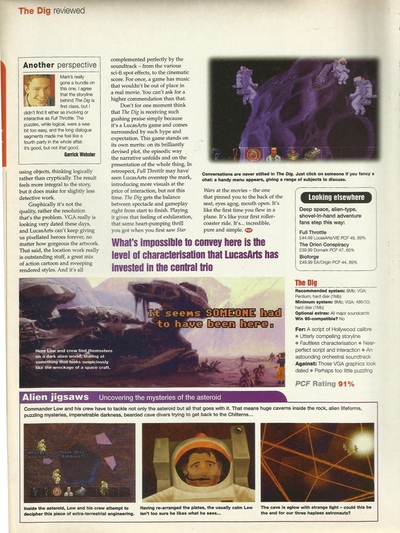 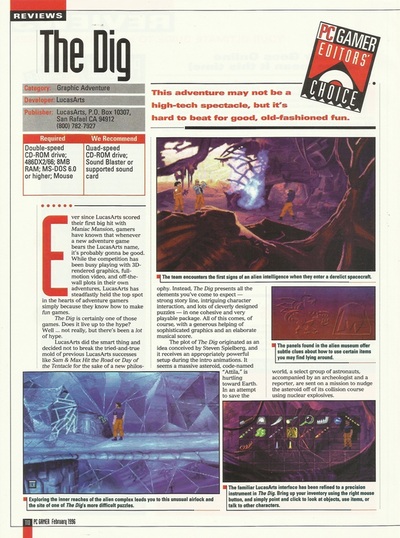 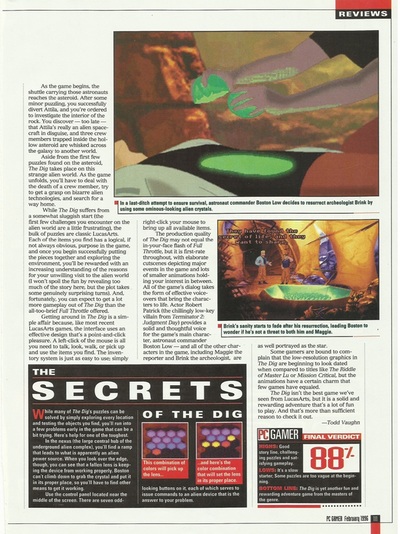 My second ride was a bit bumpy at times, but the sights and sounds of Cocytus still managed to amaze me.